The industrialisation of building, the BIM Execution Plan and the Digital BIM Twin will be the main topics of the next European BIM Summit

One of the most interesting novelties introduced by the European BIM Summit online was the possibility of the attendees choosing the main topics on which the next edition of the International Congress would be based. The nine options were presented by Chiara Rizzarda, the Italian BIM guru, and fell within the areas of ‘Technology’, ‘Building an efficient relationship between the stakeholders of a building project’, and ‘Digital public administration’. The topics chosen by vote were: ‘The industrialisation of building’, ‘The BIM execution plan and the collaborative process’ and ‘Digital BIM Twin’.

We explored the importance of these topics a little further with the European BIM Summit director, Ignasi Pérez Arnal.

The industrialisation of building

Although Spain is still far away from the degree of implementation of industrialised building witnessed in countries such as Japan or the Northern European countries, Pérez Arnal points to interesting steps, such as the recent strategy adopted in this regard at the Col·legi d’Aparelladors, Arquitectes Tècnics i Enginyers d’Edificació de Barcelona [Association of Surveyors, Technical Architects and Building Engineers of Barcelona] (CAATEEB), the constitution of the Plataforma para la Industrialización de Viviendas d’ASPRIMA [Platform for the Industrialisation of Housing of ASPRIMA], of Vivialt d’ANDECE for studying solutions for high buildings, or the Offsite Construction Hub, which seeks to bring companies, professionals, institutions and other stakeholders together to promote learning, collaborative work and the co-creation of the modular and industrialised building model.

For example, the system has made it possible to undertake the building of five new multi-purpose hospital facilities in Catalonia, which have to be ready within twenty weeks in order to attend to the emergency generated by the Covid-19 pandemic but which will subsequently be adapted to the health system’s needs. With an investment of 85 million Euros, they will be able to care for about 500 critical patients and will be operational in January.

“Normally, it takes three years to build a hospital, but these ones will be ready in under five months because the different parts of each facility have been made in a factory. There are five factories working on this using five different methodologies: We have industrialised the building of these hospitals”, asserts Pérez Arnal.

Houses and buildings built in an industrialised fashion “are more economical or cost the same as traditional structures, but they present much higher quality on the inside and on the outside. How can we have problems of humidity or damp in buildings whereas water does not enter cars travelling at high speeds? Industrialised building solves these problems of quality and comfort which should not exist, but which are very common in building”.

The BIM Execution Plan or PEB is a requirement plan, a briefing that provides for the concept and the development of what is to be built. “It contains all the requirements and they are available to everyone participating in the project. It is the result of a collaborative process that avoids subsequent misunderstandings and excuses for problems in the execution of the work”, explains Ignasi Pérez Arnal.

The PEB is therefore an instruction manual on how to execute the project, thanks to the fact that it was produced by all the stakeholders. “It facilitates the assignment of responsibilities, which is positive, rendering the entire process transparent. This involves a standardisation of the work methodology, which must be defined and established for each project”.

Having a digital twin of a building or infrastructure impacts on management efficiency. The BIM can be the first tool for achieving this. “The most interesting aspect of the system is that you can interact with it by means of sensors. This is already having an impact on health, for example, but it will also go a long way to helping us to manage roads, railways, buildings, ports and airports… In a nutshell, to manage the territory better”, summarises Pérez Arnal.

It should be remembered that a large part of the territory has already been built, meaning that rather than thinking about new projects we should be looking for tools to optimise the management of things that already exist, which is precisely what the digital twin does.

The European BIM Summit content manager recalls the BIM, BAM, BOOM theory: “Every Euro that you invest in a project becomes 20 Euros once it has been built, and between 70 and 2000 Euros to maintain and operate the infrastructure or building in the course of its life cycle. Maintenance is what costs most and amounts to at least four times the cost of building, which is due to the fact that the person or company that will be in charge of maintenance work was not consulted when the project was designed. The opinion and the experience of these professionals are of the utmost important, but as we do not listen to them we continue to install windows at a height of 4 m, meaning that cranes have to be rented to be able to clean them”, he concludes. 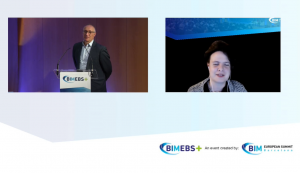 The industrialisation of building, the BIM Execution Plan and the Digital BIM Twin will be the main topics of the next European BIM Summit 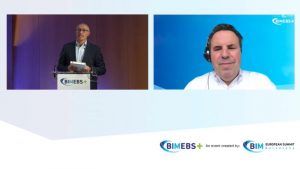 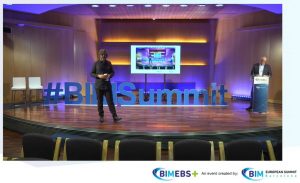