The European BIM Summit 2019 will present the most advanced BIM 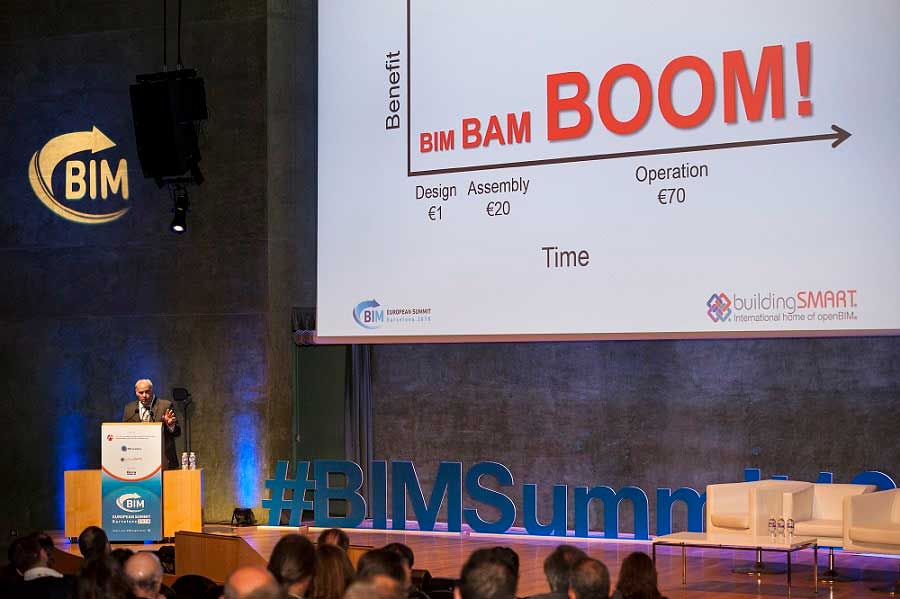 The 5th edition of the European BIM Summit 2019 is set to become its  most ambitious.

With the confirmation of more than half of the international speakers, the next edition of the European BIM Summit (EBS), which will celebrate its fifth anniversary, is transforming into one of the most important summits in the world of BIM. The international meeting will take place on April 11 and 12 at the Axa Auditorium of L’Illa Diagonal in Barcelona, ​​organized by the Col·legi d’Aparelladors de Barcelona (CAATEEB), BIM Academy and Building Smart Spain.

The selection of experiences and experts from the EBS 19 will be of exceptional quality and counts as an Honorary Advisor with Patrick McLeamy, president of the largest office of architects of the United States, author of the Barcelona Arena, the New Palau Blaugrana of the Space Barça to be built in the next years and founder of BuildingSMART, the entity considered as “the UN of the BIM”. 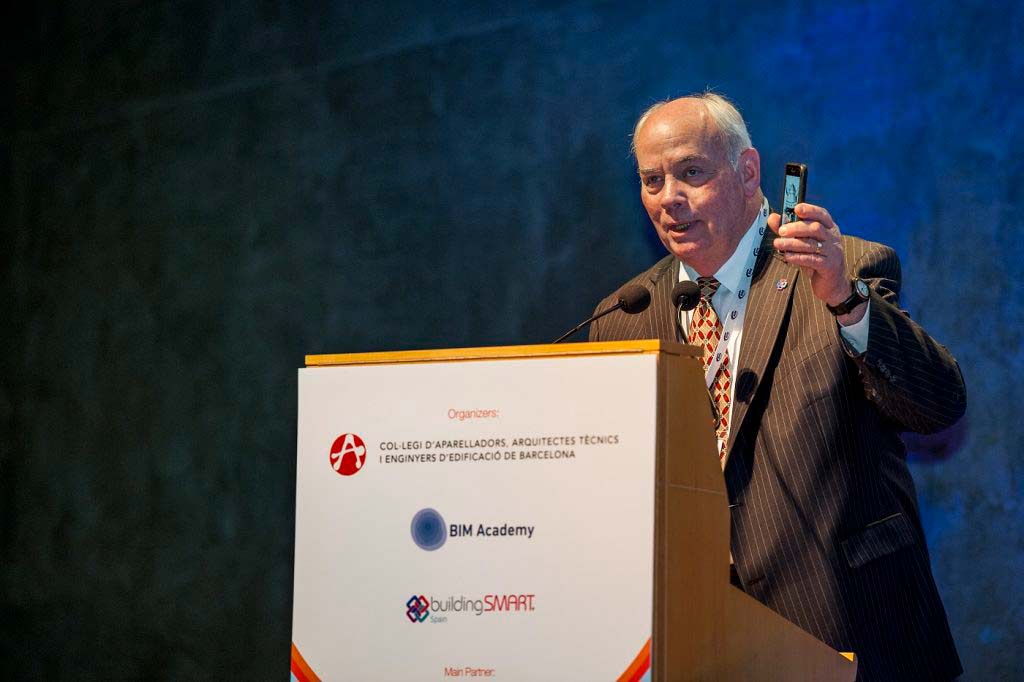 The event will feature two keynote speakers that have never been in our country: Arto Kiviniemi and Calvin Kam. Considering the fact of the implementation of BIM in Finland, the country that together with Singapore are the most advanced in what is called Construction 4.0 and where the BIM covers from the promotion and planning phase to the installers and workers at the work, Arto Kiviniemi, invested 45 million euros donated by the Finland government with the task of introducing the processes that would allow to become an efficient sector such as construction in 1992. 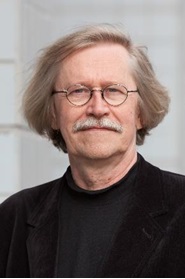 While Barcelona organized the Olympic Games with serious difficulties in knowing who would be commissioned for the Vila Olímpica projects -theydid not know how to make public tenders and finally they were awarded directly to the Winners of the FAD awards in recent years – Finland wanted to introduce the transparency and the efficiency in the construction to avoid the inclement weather of the country and to be able to construct in the time that had predicted each infrastructure and construction.

Arto Kiviniemi introduced BIM in all the public administrations of the country five years later and, at the beginning of the decade of 2000, BIM was already considered a commodity methodology in the sector. In fact, Finland is the precursor of the contract called Alliance, in which all the operators and agents that participate in a project and a construction and its subsequent maintenance are aligned to make the best possible project. This means that working with BIM is mandatory and that this way of Integrated Project Delivery-IPD as well. Arto Kiviniemi has been a professor at Liverpool University until the last years where he was hired to change the university education system, integrating BIM into all those studies related to the sector: architecture, engineering, management, economics, law…

If Arto Kiviniemi will open fire on the first day of the European BIM Summit, Calvin Kam will do it the second day. Kam is the one who implemented the BIM in a very powerful environment, the well-known GSA – the General Administration Services, the entity that operates all the assets of the public administration of the United States of America. He has been the creator of the first BIM maturity assessment system in an organization. BimSCORE is, for now, the best “evaluator” of the knowledge and use of BIM in an engineering, government, construction… 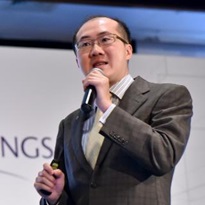 We could consider that bimSCORE https://www.sbi.international/ is the “GPS Navigator” for any company or project team that allows an immediate score obtained through the analysis through four different services (Orientation, Express, Depth and Workshop) that are the ones that enable the teams of projects and companies to optimize the value of BIM. And this value is summarized in the aspects of:

His work is so decisive that Calvin Kam works from Stanford University for even country governments interested in making their sector of construction a more productive and intelligent sector.

Remember that until the end of February people who are interested in attending have a discount of 25% off the price of the tickets in the next European BIM Summit 2019. In addition to the international summit on April 11 and 12, the BIM Experience will take place on the 10th, a meeting open to everyone and with a space to show all the novelties of the market, products and services, as well as the BIM 4 Students space, dedicated to the students that represent the future of the BIM in the sector.