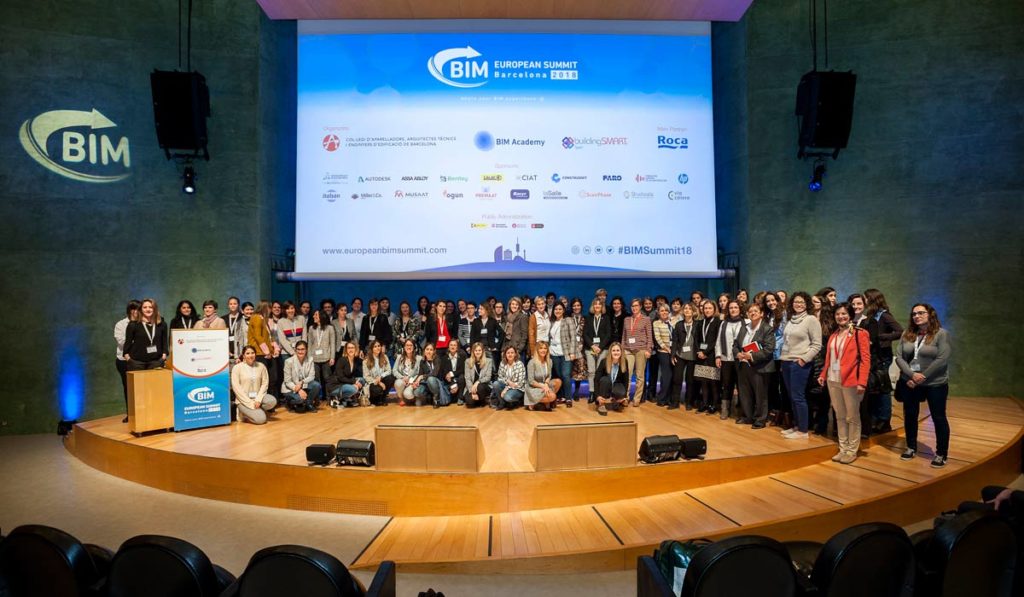 • On March 8 and 9, the fourth edition of the European BIM Summit, organized by the Col·legi d’Aparelladors de Barcelona (CAATEEB), BIM Academy and Building Smart Spain, was held in Barcelona, ​​with the support of Roca as main collaborator, trailblazer company in the use of BIM technology.
• A total of 450 congressmen participated in the EBS2018. They have been able to attend 35 presentations by 33 specialists, among other organized activities.
• The next edition of the European BIM Summit will take place in April 2019, and will have as invited countries Finland and the Nordic countries. 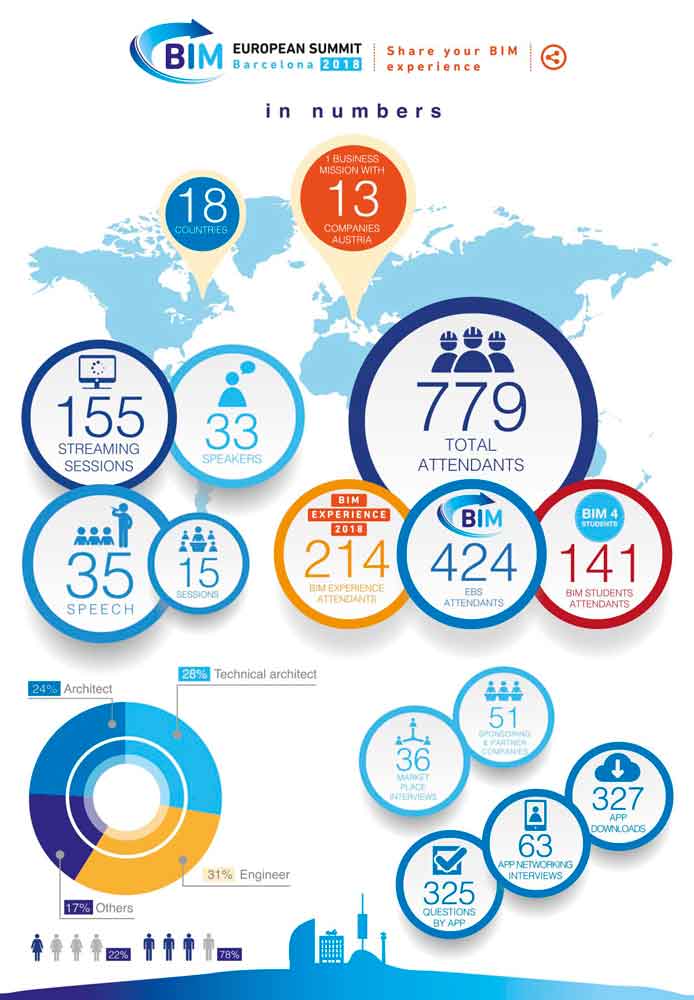 The president of the Col·legi d’Aparelladors de Barcelona (CAATEEB), Jordi Gosalves, has demanded that “public administrations allocate the necessary economic resources, with specific and sufficient items, to implement in an imminent manner This methodology of building in Spain”. Gosalves made his request during the closing ceremony of the European BIM Summit 2018, just on the same day that the Spanish Law of Public Sector Contracts was published, which establishes the possibility of demanding that Projects submitted to public tenders are made with BIM or a similar methodology.

A total of 450 congressmen participated in the EBS2018, which have been able to attend 35 presentations by 33 specialists from around the world. There were also 69 sessions in streaming with connections with universities in countries with Ireland, Finland, Brazil or Japan.

This has been the fourth edition of the European BIM Summit (EBS) which is considered one of the reference conferences in the field of BIM in Europe. Ferran Falcó, Secretary General of Territory and Sustainability, highlighted the role of EBS “as a space for collaboration between the public and private sectors and the value that it has when it comes to developing projects participation between teams and professionals of different disciplines”. The summit is organized by the Col·legi d’Aparelladors de  Barcelona (CAATEEB), BIM Academy and Building Smart Spain, with the support of the reference companye in products for the bathroom space Roca as the main collaborator for fourth year in a row The case of Roca has been analyzed in one of the conferences of the congress as a pioneer in Spain in the use of BIM technology.

One of the protagonists of the summit was Patrick McLeamy, President of HOK, the leading US construction company, with more than 1,800 architects and engineers working all over the world, which highlighted the meaning of the collaborative development process of building projects. In recognition of his pioneering work, Patrick Mc Leamy received the European BIM Summit Award this year.

In addition to the international summit, parallel activities such as ARKTEK have been held throughout the week, a first approach to the use of videogames where students of the Technical Architecture Degree, together with programmers and digital designers, developed Video games intended for the teaching of the BIM methodology in different fields of the building. Other parallel activities at the summit have been the BIM Experience, a fair for professionals to make a first contact in the use of technology that is already one of the standards in architecture, engineering and construction, and the BIM 4 Students, where students of the sector could know what is the BIM, with the aim of bringing this technology to universities and schools.

The next edition of the European BIM Summit will take place in April 2019, and will have as invited countries Finland and the Nordic countries. Among the issues that will be discussed include GoBIM or the standardization of data in the construction of buildings, and EduBIM, on the use of gamification for the teaching of this methodology in the construction sector..

One of the technical sessions of the international summit

© The photos are from CHOPO