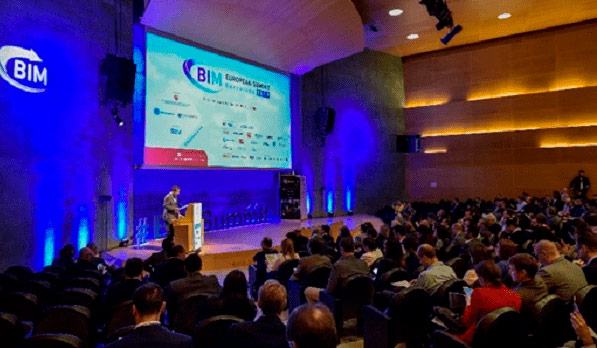 The European directive that rcquires the member countries of the Union to implement the BIM for public tenders has become the engine of the implementation of this methodology throughout Europe. This is the conclusion of the second report of the European BIM Observatory that was presented at the closing ceremony of the Europen BIM Summit, held in Barcelona and attended by more than 700 professionals from the building sector.

Some of the examples that are highlighted in the report are the cases of Germany, where, beggining in the year 2020, all the infrastructure works will have to be planned and built using the BIM methodology; Ireland, where it is mandatory in any work related to the health sector; Italy, where it will be mandatory for all public works with an amount exceeding 100 million euros or the United Kingdom, where it has already been applied since 2007 in all social housing programs.

This boost by the BIM administrations missing in the United States according to the Senior Research Director of the Dodge Data & Analytics industry, Stephen Jones, who closed the fifth edition of the European BIM Summit with a paper on the future of the BIM in the global construction industry. 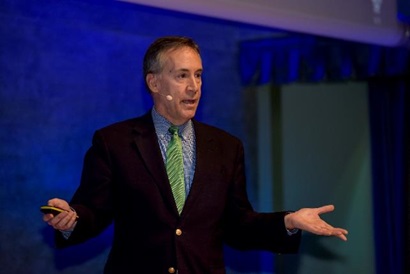 Stephen Jones intervenes in the EBS 2019

For Jones, one of the advantages of BIM is that “everything is connected, which allows optimizing the design of projects and adapting the production of buildings according to their use.”This fact, together with the application of technologies such as 3D printing, allows us to move forward in a virtual construction that limits the overcrowding problems that present 49% of building projects, or the out-of-date delivery that is given in a 16% of cases.

Another aspect highlighted by Jones was the possibility of predicting any problem that may appear in the process of constructing a project, which is an important benefit when it comes to controlling costs, but also an important improvement in security, because it allows to detect in advance the labor risks that can appear in the constructive process. On the other hand, BIM allows to offer workers a contextualized knowledge that enables them to know exactly what they must do throughout all the hours of their working time.

Another highlight underlined by Stephen Jones was the improvement in the process of calculating the final sale prices, which is considered “highly disruptive and will change relationships with both customers and suppliers.”

The summit ended with the presentation to the digital architecture design professor, Arto Kiviniemi, of the BIM Summit Award 2019. This award is the only worldwide that recognizes those people who have stood out for their work in favor of the dissemination and adoption of BIM in the building sector.

The president of CAATEEB, Jordi Gosalves, announced during the closing ceremony that the next edition of the European BIM Summit will take place in 2020 and will host as a guest country Singapore, one of the world leaders in the use of BIM and where the use of this methodology is stipulated for projects of more than 5,000 square meters. This will be the first time you have a guest to a nation outside of Europe. The fifth edition of the European BIM Summit has had Roca as the main partner for the fifth consecutive year. The congress is organized by BIMAcademy, Building Smart Spain and the own CAATEEB.