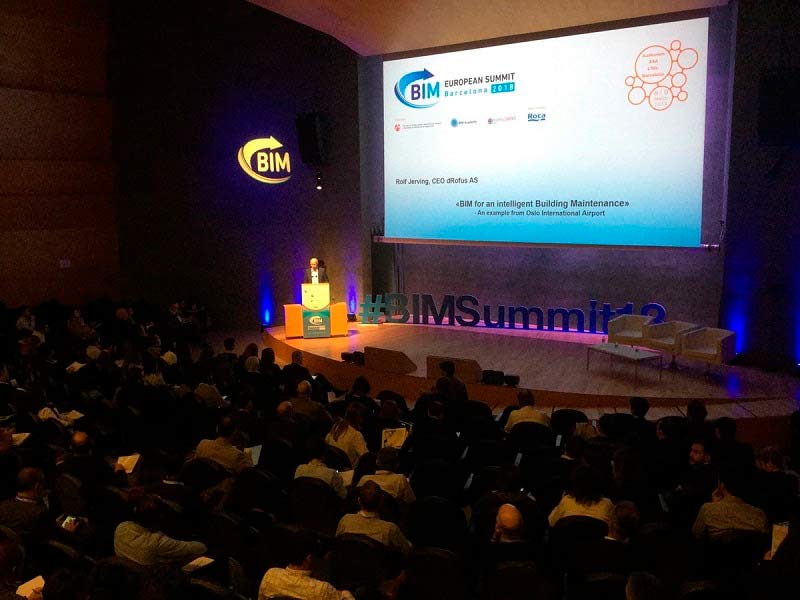 The projects for the construction of public buildings must be made with BIM compulsorily at the end of this year in Spain, while road projects will have to implement it next year, as Director General of Production and Engineering of INECO, Ana Rojo, has announced this morning during the opening ceremony of the European BIM Summit, which brings together today and tomorrow 450 experts in this methodology at the AXA auditorium in Barcelona.

BIM is a constructive process that involves the generation and administration of digital representations of physical and functional characteristics of the different elements of a building project that can be extracted and exchanged to support decision making in the construction process.

The congress was inaugurated by the president of the Col·legi d’Aparelladors de Barcelona, Jordi Gosalves, who emphasized the fact that the summit “has become a point of reference for initiatives aimed at stimulating BIM throughout Europe, as well as in the development of actions to facilitate and disseminate the application of this methodology by the public administrations and other entities of the construction sector in our environment”.

Gosalves explained that “the European BIM Summit was born as a forum with the aim of promoting a more efficient, collaborative, modern and respectful building sector in the consumption of public, private and natural resource”. The president of CAATEEB has said that “the event has a spirit of dissemination, cooperation and collaboration with the whole construction sector, and seeks the generation of synergies with all those entities that wish to start a new future in this field “.

In this regard, the Secretary General of Territory and Sustainability, Ferran Falcó, highlighted the role of the European BIM Summit “as a space for collaboration between the public and private sectors and the value it has when it comes to developing projects involving teams and professionals from different disciplines”.

The protagonist of the first paper was Patrick McLeamy, President of HOK, the leading construction company in the United States, with more than 1,800 architects and engineers working in projects around the world, who explained the meaning of the collaborative process in the development of building projects.

McLeamy is one of the main drivers of the BIM methodology and the world president of Building Smart. In his speech he highlighted “the need to detect the disruptive elements that appear in the construction sector in order to be able to face them and generate added value to their work.”

The event began yesterday with two acts held at the CAATEEB. BIM Experience, in the morning, where 200 people took part in a space of informative nature aimed at putting in contact, as a fair, the companies and actors of the production and execution in BIM, with the intention of generating commercial opportunities and techniques around what the digitalisation of the construction contributes.

In the afternoon, BIM 4 Students was held, with a total of 140 participants. This is a specific session aimed at the future actors of the construction: the vocational and university students that will conform to the large number of professionals in the sector, who presented themselves in the hands of their own creators and in a very didactic way what is the BIM, how it will affect them in our country and how it drives towards a new and highly suggestive construction industry.

This is the fourth edition of the European BIM Summit. The summit has been organized by the CAATEEB, BIM Academy and Building Smart Spain, with the support of the Roca company as the main sponsor.