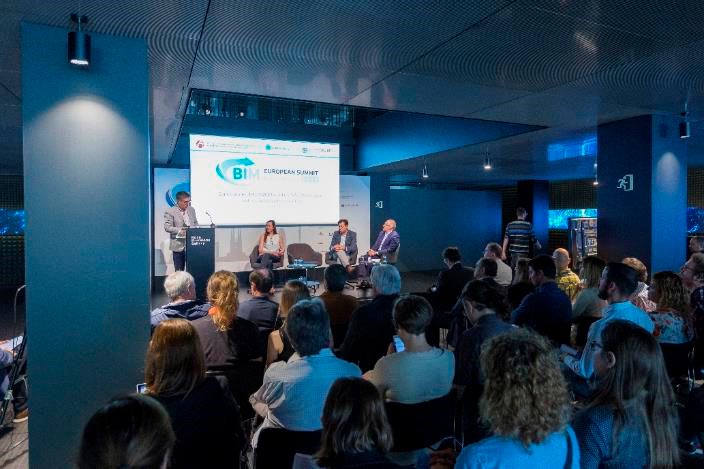 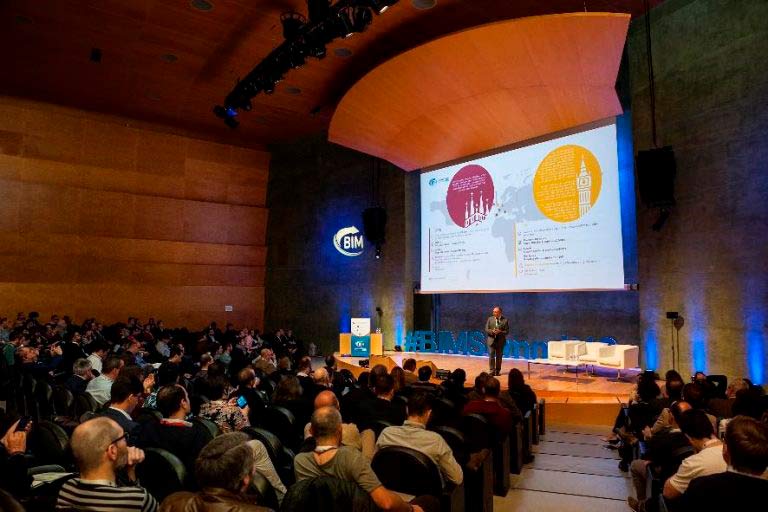 The Axa Auditorium on the Illa Diagonal of Barcelona, where the EBS 19 will be held

The fifth edition of the European BIM Summit will focus on the digital transformation of the construction and the incorporation of artificial intelligence to the sector, as stated by its content director, Ignasi Pérez-Arnal during the event of balance of the last edition of this event, held on June 12 at Roca Barcelona Gallery. The EBS 19 will be held on April 11 and 12 at the AXA Auditorium of Barcelona and will host the Nordic countries as guests.

In this manner, the European BIM Summit consolidates as the benchmark in Europe in the use of BIM technology. Organized by the CAATEEB, together with BIM Academy and Building Smart Spain, this year’s edition has received the support of the company of reference in products for bathroom space Roca as the main collaborator for the fourth year consecutive Roca is one of the pioneering companies in the implementation of BIM and already has more than 1,300 BIM references in its catalog.

According to Pérez-Arnal, the choice of Norway, Sweden, Finland, Denmark and Iceland is due to the fact that they were the first countries to introduce BIM in the building and, therefore, this methodology is more mature. The European BIM Summit wants to repeat the experience developed last year, when it had a group of CEOs and Austrian entrepreneurs, to network and trade with Nordic companies, as a result of contact with the Chambers of Commerce of Norway, Finland and Sweden. 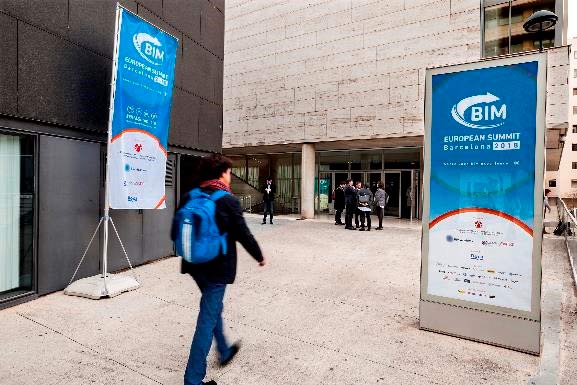 Entry to the summit in the auditorium of Illa Diagonal

The European BIM Summit has set the objective for the next edition to overcome the 800 attendees and increase its audience among the Nordic countries, Asia and Latin America, which would, in large part, increase the number of ” Universities that follow the live event via streaming.

Another objective is the consolidation of the BIM Experience,scheduled for April 10, as a support mechanism for the labor and technical market to get in touch with the BIM. And also to enhance the Marketplace as a space for the recruitment of specialists in BIM who are finishing their university education and the role of the BIM Summit itself as a space for exchange and contact between attendees, which will increase the operation of congress’ APP from the moment of signing up, it contains an application that allows the participant to request and arrange appointments.

The European BIM Summit will also establish mechanisms for exchanging topics and speakers with other European events focusing on this methodology, such as the case of INFRABIM – specializing in its application in infrastructure -, which will take place in the Finnish city of Tampere.