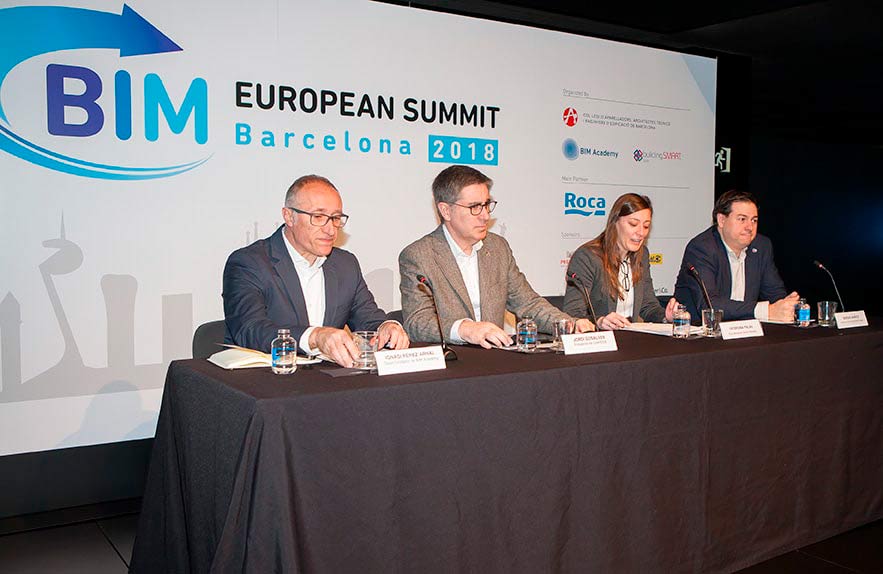 The implementation of the BIM methodology in the building sector is opening up a new business field in the form of start ups and investment funds specialized in the financing of companies focused on this subject, said the director of contents of the European BIM Summit, Ignasi Pérez Arnal, during the presentation of this event, which took place at the Roca Barcelona Gallery.

The summit around the BIM technology, which this year will reach its fourth edition and which will be held on March 8 and 9 at the AXA Auditorium of Illa Diagonal, is organized by the Col•legi d’Aparelladors de Barcelona (CAATEEB), together with BIM Academy and BuildingSMART Spain, and has Roca as it’s main sponsor. The multinational company dedicated to bathing spaces is one of the world’s precursors in the use of this technology and in the digitization of its products to be included in the BIM catalog.

BIM is a methodology based on the digitization of the building that facilitates its industrialization and allows a better follow-up of the life of a construction, from the development of the project to its construction, maintenance and eventual demolition. The president of CAATEB, Jordi Gosalves, highlighted in the presentation that “the European BIM Summit has become one of the world’s benchmarks for this new building technology in just four years” and pointed out as an objective “to maintain this leadership”.

On his behalf, the secretary of Building SMART Spain, Sergio Muñoz, underlined the incorporation as honorary advisor of Patrick McLeamy, president of Building Smart worldwide. For Muñoz, one of the secrets of the European BIM Summit has been “to be able to leave its own legacies, as it was at the time the Manifest BIM or, in the last edition, the creation of the European Observatory of this specialty “.

The two days of the convention have different objectives. The first day will be dedicated to the applications that are developed today throughout Europe and the rest of the world under the title BIM Present. The latest advances and the impact of this new method of work based on the management of the information and the data generated during the life cycle of a building will be presented, from its project to the maintenance and subsequent rehabilitation. A system that has become indispensable to follow a process of design, constructive and operative controlled and oriented to the improvement of the quality, efficiency and efficiency in the buildings as well as the infrastructures.

The second day the motto BIM Future. It will be devoted to presenting papers by outstanding experts and pioneers of the BIM. International initiatives that have become economic phenomena for the services and products that they offer in the building sector born thanks to the BIM methodology will be announced. To close the program, they will present the robotics evolution that is already applied through the use of digital data contributed by the projects. The director of contents of the European BIM Summit, Ignasi Pérez Arnal, put as an example the marketing of helmets that incorporate all the information of a specific project, whose data can be viewed through the lenses, “We do not talk, therefore, of technologies that can be implemented in the future, but aboutthe ones that are already here and now. ”

In order to promote the relationship and networking among the attendees, those registered at the congress will be able to download a mobile application from which they can contact other attendees, or ask questions to the speakers. The assistance of an Austrian commercial delegation interested in contacting BIM companies is also planned. 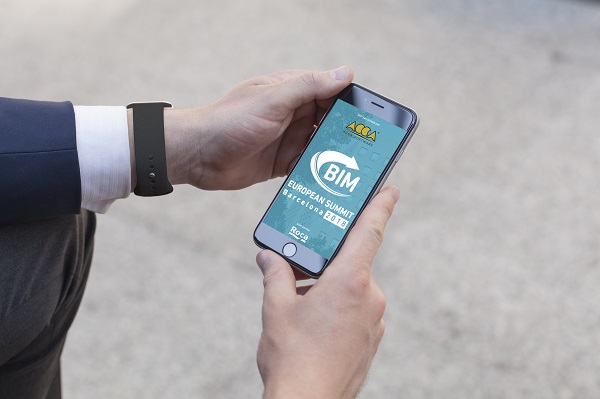 The summit has a series of parallel events open to the public. On the same day of the presentation, on February 13th, at the Roca Barcelona Gallery on EBSDay, a round table with the title “Vision 360 in the application of BIM and LEAN” took place. The conference discussed how the BIM and LEAN methodologies have been implemented in their daily processes, from the vision of the technicians involved in the process, to the role of the promoters and builders.

The day before the summit, two complementary meetings will be held at the headquarters of the CAATEEB at the EBS18. On March 7, BIM Experience will take place, in an informative manner. Targeted and oriented to companies that have just joined the BIM, and will work as a Fair meeitng to generate commercial opportunities and techniques. On the same day, the BIM 4 Students will be held, a specific session aimed at the future actors of the construction: the vocational and university students that will make up the large number of professionals in the sector. They will be presented by the hands of their own creators and in a very didactic way, what is BIM, how it will affect them in our country and how it drives towards a new construction industry. Ignasi Pérez Arnal emphasizes that “the impact of the BIM on the whole of the economy and new forms of business makes it open to students of economics and law.” The day after the BIM Summit will take place, also at CAATEEB, ARKTEK, a video game creation workshop applied to architecture and construction, designed for technical architects, programmers and digital artists. Arnal assures that “these workshops are having an extraordinary success in all the Germanic countries. BIMGame is based on the concept of how to learn BIM while playing. This workshop is jointly organized by CAATEEB and the School of New Interactive Technologies (ENTI), with the collaboration of La Salle, CIAT, UPC and the universities of Girona and Lleida.